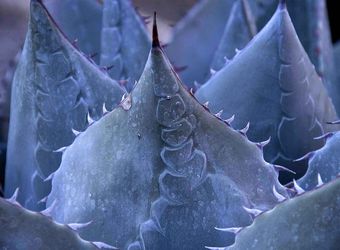 All images on this site are copyright Peggy Hansen and protected by Digimarc.

"Fire Scar" and "What Lies Beneath" are now featured in Yosemite Renaissance 27, an annual show that begins at the museum gallery in the park (in Yosemite Village). The show opens February 24th and runs through May 6, after which it will travel throughout northern and central California.

"Maidenhair" and "Zinnia" are now on view in the Los Gatos Art Association show, running at the Triton Museum of Art in Santa Clara from March 31-April 29th. There will be a reception at the museum on March 31st. See http://lgaa.org/ï»¿ for more information.

"Dancer 2", "Blue Agave", and "Morning Flight #2" are currently featured in the 2nd Annual Juried Photography Exhibition at the Plymouth Art Guild in Plymouth, MA. The show runs from April 1-30 with a reception on April 1st from 2-5 pm local time. For more information, see: http://thefineartofphotography.org/ï»¿

"Snowy Kivas" has been selected for the annual juried show "Gateway to Imagination" at the Farmington Museum, in Farmington NM. The show runs from May 12-July 14th, with a reception from 7-9 pm at the museum on Saturday May 19th. For more info, see http://www.fmtn.org/city_government/parks_recreation_and_cultural_affairs/museum.htmlï»¿

Some of my images have been accepted for the 2012 edition of Porter Gulch Review; the release party and reading will be held at the Cabrillo College Horticultural Center in Aptos from 6-8 pm on May 26th.

Thanks to all who caught my recent solo show at Santa Cruz County Government Center, 701 Ocean Street (Ocean and Water) on the 5th floor: "Chaco Canyon: a center place" is a collection of images from Chaco Canyon in New Mexico and ran from June-August 2011.

"Blue Ice" and "Winter's Bones" were featured in Yosemite Renaissance 26, an annual show that begins at the museum gallery in the park and then travels in northern/central California. "Blue Ice" was awarded Honorable Mention by the jurors. Reception was held at the gallery on February 25, 2011; show was at the museum from February 25-May 2, 2011.ï»¿

"Dancer 2" was featured in the 2011 Michael H. Kellicutt International Juried Show at the Coastal Arts League gallery in Half Moon Bay. The exhibit ran from July 1-August 1, with a reception at the gallery on July 9th.

Solo show at Laser Light in Aptos, January 3-May 31, 2011...a collection of images from Chaco Canyon in New Mexico. See www.laslight.com for location, hours, and info on their printmaking services.

"Dancer 2" was featured in "Flower Power", a juried photography show at 1650 Gallery in Los Angeles. "Zinnia" was in the online annex to the show. There will be a reception at the gallery on Saturday Dec.4 from 730 pm-1030 pm. For more info, visit 1650gallery.com

"Snowplant" was featured in the juried show at the Museum of Los Gatos, from November 4-December 3.  The museum is open Wed-Sun from noon-4 pm and is located at 4 Tait Avenue in downtown Los Gatos; the phone number is 408-354-2646.

"Curls" and "River Dance" were recently featured in a juried photography-only show at Kelly Street Gallery in Half Moon Bay, from September 4-26, 2010.  "Curls" was awarded Honorable Mention. For more info, call 650-726-4358 or check the gallery's website: kellystreetgallery.com

"Golden" was included in the Santa Cruz Art League's national juried photography exhibit, Transference of Light, from July 2-August 1, with a reception at the gallery on July 10 from 3-5 pm.

"Morning Flight #3" and "Ice Walking" were on display in Los Pajaros, a juried multi-media show about birds at the Pajaro Valley Arts Council gallery from September 2-October 10, with a reception on September 12th.

"Morning Flight #3" and "Raven Light" were on display at the Farmington Museum's Gateway to Imagination national juried art competition in Farmington, NM. The show ran from May 7-July 10.

"Morning Flight #2" was featured in the 2010 Michael H. Kellicutt International Juried Show at the Coastal Arts League gallery in Half Moon Bay. The exhibit ran from June 11-July 5, with a reception at the gallery on June 19th.

48 of my images are on display in the Radiology Department at the Palo Alto Medical Foundation Santa Cruz's main building, 2025 Soquel Avenue in Santa Cruz.  Access to some areas is limited because this is a patient-care facility.

8 of my images, featuring water themes, are now on display in the offices of the city of Santa Cruz water department.

Five of my photographs appear in the 2011 edition of Porter Gulch Review; release party at Cabrillo College horticultural center on May 20, 2011.

My image "Lineup" is featured in the 2010 edition of Porter Gulch Review.

Two of my images are featured in the 2009 edition of Porter Gulch Review:

I've been selected by Demand Studios to write for www.Trails.com on nature photography, hiking, fishing, cycling, camping, birds, and sustainability. Dozens of my articles, illustrated by my images, are now posted in the 'know-how' section of their website:www.trails.com/outdoor/

My story "Patience" and photograph "Redrock raven" have been published on the Southern Utah Wilderness Alliance website. See: www.suwa.org/site/DocServer/Patience_by_Peggy_Hansen.pdf

The story "Tiger, tiger" and accompanying photos was published in the July 2008 issue of Catnip magazine.

3 of my photographs of sandhill cranes at Bosque del Apache are featured in an issue of the Mid-County Post, along with an essay I wrote about the birds. The same piece appears in the Valley Post. Here's a link to the article: www.mcpost.com/article.php